Blood Sweat Drum ́n ́Bass is a 26 piece extended big band featuring Danish musicians and composers. The orchestra plays with an overwhelming energy and a unique mix of styles with elements of world music, futuristic rock and triphop - expanding the big band concept and crossing musical borders. In this way they are reaching new (and young!) audiences, which their successful gigs at Roskilde Festival in 2007 and 2012 proves.

In recent years, BSDnB played many concerts at home and abroad including with Arve Henriksen, Palle Mikkelborg, David Liebman, Helen Davies and Jørgen Munkeby . Internonal performances at Guamaraes Jazz Festival in Portugal with Dave Douglas and Jim McNeely. The JazzAhead Showcase in Bremen Germany with Moslem Rahal and Maher Mahmoud from Syria. The concert with Naseer Shamma at Cairo Jazz Festival and latest the Concerts in the Nordic countries in colloboration with The Danish Sinfonietta alttogether proves BSD+B as one of the most interesting big bands at the moment. 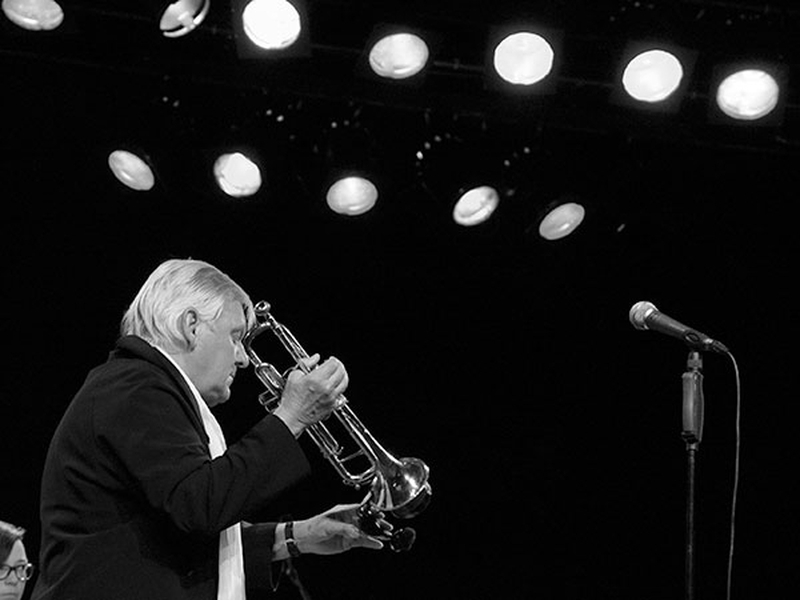 Concierto de Scheherazade is inspired by the legend of Scheherazade, who survives by her magnificent storytelling. During the course of one thousand and one nights she tells stories so beautiful, and so exiting, with cliff-hangers as endings, that the Sultan has to hear the continuation, and let her live for one more night, and then one more, and a thousand more, until king Shahriyar ends up falling in love with the amazing storyteller.